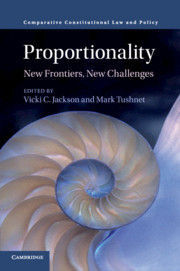 With contributions from leading scholars in constitutional law, this volume examines how carefully designed and limited doctrines of proportionality can improve judicial decision-making, how it is applied in different jurisdictions, its role on constitutionalism outside the courts, and whether the principle of proportionality actually advances or detracts from democracy. Contributions from some of the seminal thinkers on the development of scholarship on proportionality (e.g. Alexy, Barak, and Beatty) extend their prior work and engage in an important dialogue on the topic. Some offer substantial critiques, others defend the doctrine and offer important clarifications and extensions of their prior work. Throughout, the authors engage not only with case law from around the world but also with existing scholarly treatments of the subject. Mathematical treatments are avoided, making the book accessible to readers from both ´soft´ and hard´ social science backgrounds.